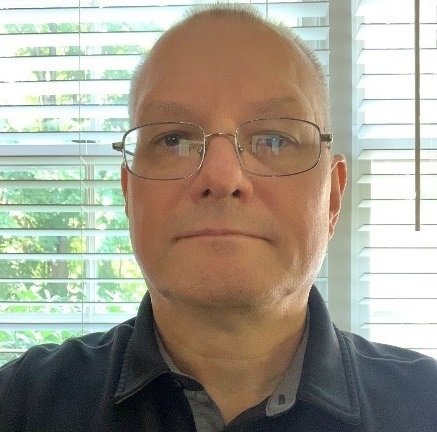 How Are Pressure Transducers Affected by Hydrogen Permeation?

You can find hydrogen in a wide range of industrial applications and processes just about everywhere these days. Hydrogen is one of the fastest-growing alternative energy resources used today. Some of its uses include:

Many of these hydrogen applications have processes that can cause hydrogen ion diffusion. This can lead to hydrogen permeation and embrittlement, which can lead to the premature failure of your pressure transducer.

Pressure gauges, switches and sensors can all be used in hydrogen applications. In this article, I will focus on pressure sensing devices (referred to here as transducers), which convert applied pressure to an electrical signal to measure the pressure being applied in an application.

To ensure you have the best pressure transducer for a hydrogen application, there are a few things that you need to consider such as the wetted material of the diaphragm and pressure range of the application. As the pressure of an application increases, it adds stress to the diaphragm that can help speed up the effect of hydrogen embrittlement.

Let’s take a look at permeation and embrittlement and the effects they can have on your pressure transducers.

Hydrogen permeation refers to the penetration of hydrogen ions through the lattice structure of a particular material. This can cause concerns in pressure transducers that rely on a thin metal diaphragm to translate the pressure either directly to a strain gauge or through a fluid isolated sensor that attaches to a strain gauge.

In both instances, the diaphragm becomes the weak link in the system. Over time, permeation will cause signal drift or an outright failure if the correct wetted material is not selected for the application.

If hydrogen permeation occurs in this type of sensor, the hydrogen ions that permeate through the diaphragm material can reform in the isolation fluid as hydrogen molecules. The molecules will then collect and form a hydrogen bubble. These bubbles will cause a shift in the zero output of the transducer and can result in output drift over time.

Embrittlement is a phenomenon that causes loss of ductility and, consequently, brittleness in a material. Highly susceptible materials include high-strength steels, titanium and aluminum alloys, and electrolytic tough pitch copper.

Hydrogen embrittlement is also known as hydrogen-induced cracking or hydrogen attack. The mechanisms can be aqueous or gaseous and involve the ingress of hydrogen into the metal, reducing its ductility and load-bearing capacity.

But what causes embrittlement?

Because hydrogen is such a small atom, it can penetrate the metal through micro flaws in the surface. Once inside, the hydrogen atoms will recombine with others to form hydrogen molecules (H2).

These molecules will bond with other H2 molecules resulting in the bigger hydrogen mass that exerts outward pressure in the flaw. Stress below the yield stress of the susceptible material then causes subsequent cracking and catastrophic brittle failures.

The absorbed hydrogen molecules create pressure and stress from within the material. This can affect the ductility and strength of the material, ultimately leading to the material cracking.

We don’t like to pressure you, but we have more information

I hope this article helped shine a light on the dangers of hydrogen permeation and embrittlement. If you want to ensure safe hydrogen applications, use pressure transducers with at least 316L stainless steel and  for pressure ranges 5,000 psi or greater A286 wetted diaphragm materials and avoid oil-filled sensors, which can create bubbles and sensor drift.

In hydrogen applications, Ashcroft recommends a material called A286 for pressure ranges over 5,000 psi. A286 maintains its tight lattice at pressures up to 20,000 psi, limiting hydrogen permeation (but it does not incorporate an isolation fluid).

Ashcroft’s E2X and F transducers offer the reliability of A286 and are explosion-proof. Our E2S intrinsically safe transducer is approved for hydrogen applications as well.

If you want to learn more about pressure transducers, feel free to visit our website and view any of our helpful white papers, webinars or guides in our resource center.

You can also contact us today to talk to one of our industry experts and get all of your questions answered.

Steve is the Global Product Leader for both pressure transducers and pressure switches at Ashcroft. He has over 30 years of experience in sales and marketing in the sensor industry.